A delegation from University Camilo José Cela made up of Fernando de Saavedra, Vice Rector and Director of the Rector’s Office and Jorge Santiago Barnés, Director of the International Centre for Government and Political Marketing (CIGMAP), were welcomed by the newly elected president of Argentina following his inauguration on 10 December in Buenos Aires. The delegation from UCJC, together with Santiago Comadira, Coordinator of CIGMAP in Argentina, were invited to attend the inauguration ceremony. 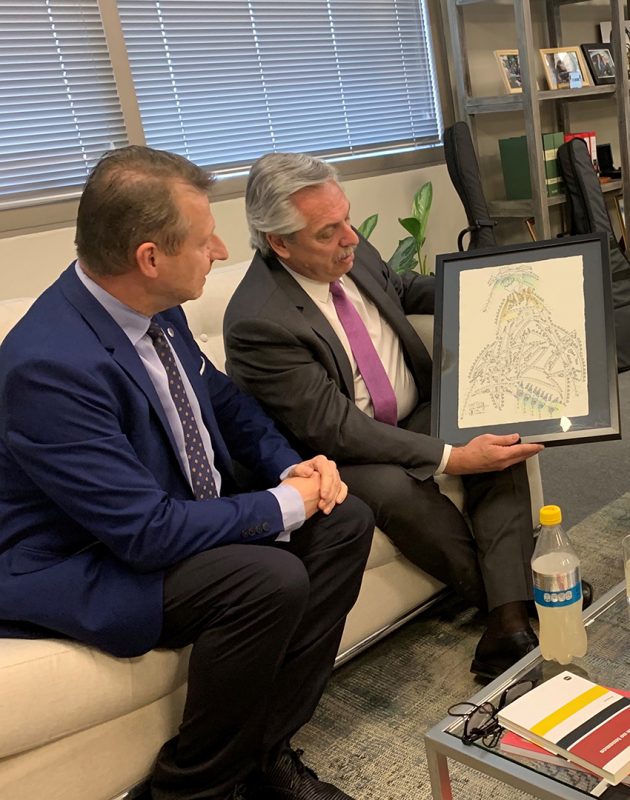 President Fernandez, professor of the Master’s Degree in Image and Political Consultancy at University Camilo José Cela, was congratulated by the delegation from UCJC and received a personal letter from Nieves Segovia, President of SEK Education Group, and Emilio Lora-Tamayo, Rector of UCJC, along with an original work by artist Chu Lily from her series Mujeres Modernas.

The delegation from University Camilo José Cela followed up with several meetings with the new Minister of Education, Nicolás Trotta, the Rector of Universidad Metropolitana para la Educación y el Trabajo, Cecilia Cross, the Secretary of University Policy, Jaime Percyk , as well as former heads of state from Latin America and high representatives of other universities and social and educational institutions.