The European Universities Football Championship organised by University Camilo José Cela (UCJC) has concluded with the Coimbra University women’s team and the Kuban State University men’s team as winners of the European tournament, after beating Frankfurt University (Germany) and Ternopil Volodymyr Hnatyuk National Pedagogical University (Ukraine), respectively. The third place in the women’s competition went to Kharkiv Academy (Ukraine) and the University of Almeria (Spain) in the men’s category. 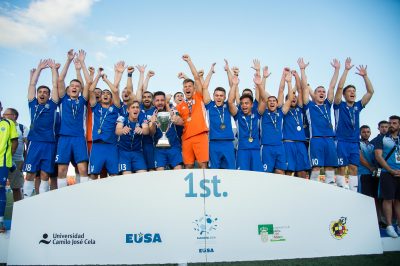 The tournament featured 553 football players, 93 technicians and 20 referees who represented their countries in twenty 11-aside men’s teams and twelve 7-aside women’s teams.

“Spain and Madrid are major footballing destinations and all the participants have come with great enthusiasm. We had a great tournament; in terms of participation, it has been one of the championships with the greatest number of teams. The university has done a sterling job in organising the event and we have enjoyed great facilities, everything has gone perfectly“, said Filipe Santos, member of the Executive Committee and European Universities Sports Association (EUSA).

The director of Sports of University Camilo José Cela, José Luis Lesma, said that “it is the first time that a Madrid University has been selected to host this continental competition. In addition, the Royal Spanish Football Federation chose us for their First and Second Division referees to train with the VAR system, something unique and remarkable since it has never been done before“. 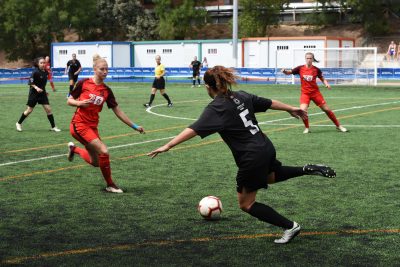 The EUSA flag was delivered to the University of Belgrade, which will host the European Universities Football Championship in Serbia next year. The university will organise the 2020 EUSA Games, with a competition that will host over 6,000 European athletes from twenty sports disciplines, including football. 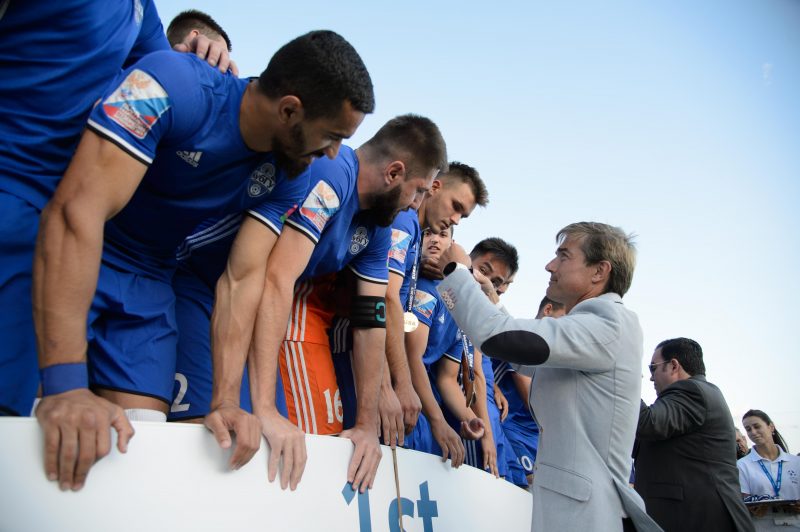 The tournament also featured Spanish referees from the first and second divisions, who directed 40 of the 60 of the 11-aside matches to train in the use of the VAR system, which will be incorporated next season in their respective competitions. It is the first competition to feature Hawk-Eye technology, recently chosen by the Royal Spanish Football Federation for the upcoming 19-20 season.

The organisation of the European Universities Football Championship includes collaboration from the Municipality of Boadilla del Monte, where the men’s football competition will be played at the Ángel Nieto Municipal Sports Fields. The women’s championship will take place at the Madrid-Villafranca Campus of UCJC. We use own and third party cookies to provide a better user experience, and have data traffic on our site.
If you continue to browse, consider accepting its use. You can get more information on our privacy policy Accept